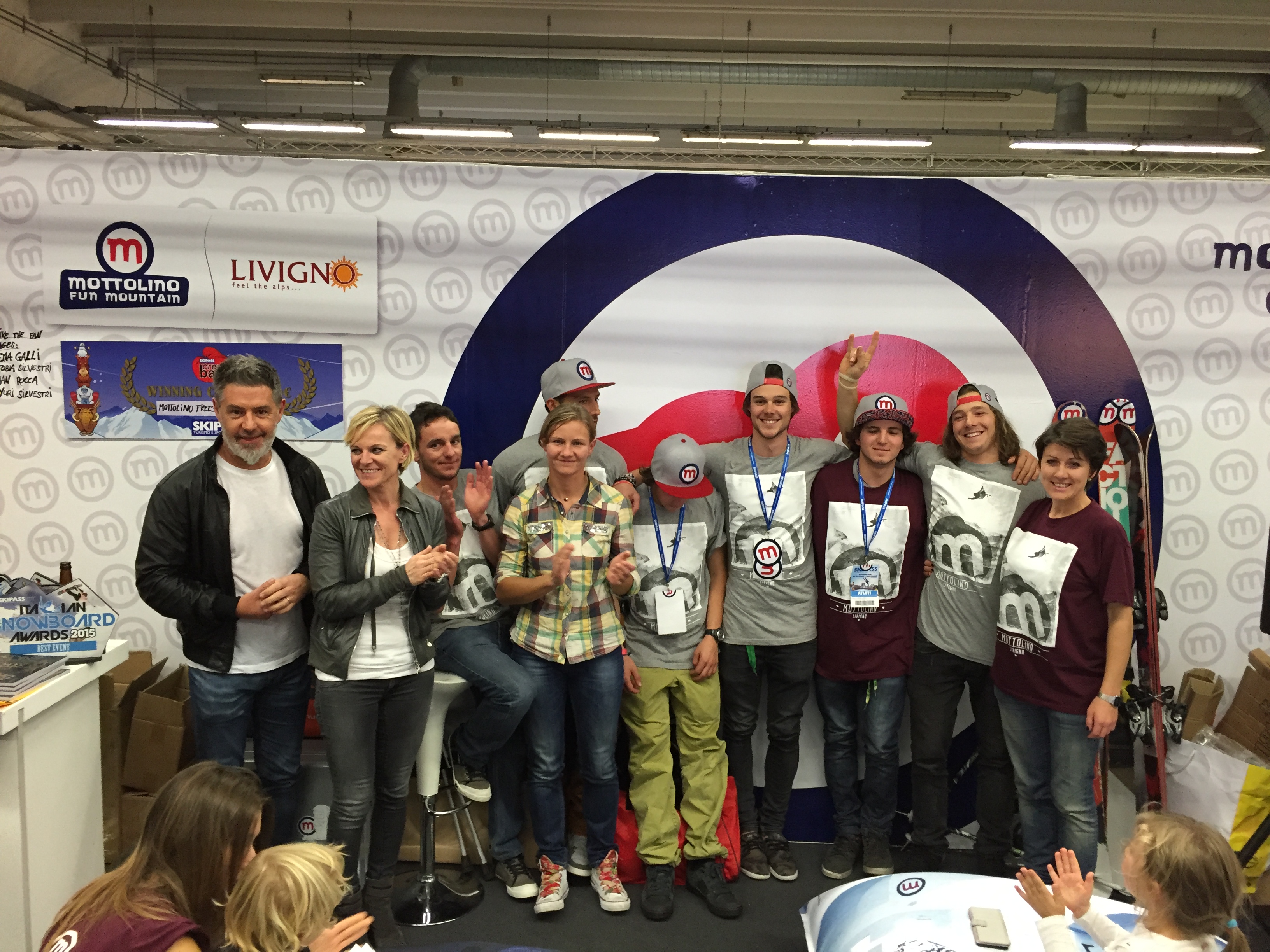 It’s no longer time to wait to find out what we’ve been preparing for you: today during Modena Skipass exhibition, we’ve announced the great project for the upcoming winter: Mottolino Freestye #TheTeam.

What is it all about, exactly? We’ve asked four guys from Livigno to join in a team, to help them transform their passion into a professional activity.

Ian Rocca, Yuri Silvestri, Ema Galli and Tobia Silvestri have been following since the summer some athletic training for the upcoming winter season, to better face their days at Mottolino Snowpark and during the competitions they’ll be participating to.

At Mottolino we believe that freestyle is a complete sport, that requires not only a bit of craziness, but also a good physical and athletic preparation, and the athletes of this discipline have to find a fertile terrain to cultivate their passion.

Indoor training, water jump, glacier: these have been the first moments these guys have shared, waiting for the winter season and ride hard inside Mottolino Snowpark, that will officially open the 7th o December (based on snow conditions).

A great result has been obtained by Ian, Ema and Tobia, that on Thursday have conquered the first place at the Battle Crew, a team contest held during Modena Skipass exhibition.

We leave you with the official video introducing the team, waiting for some more news during the winter season!