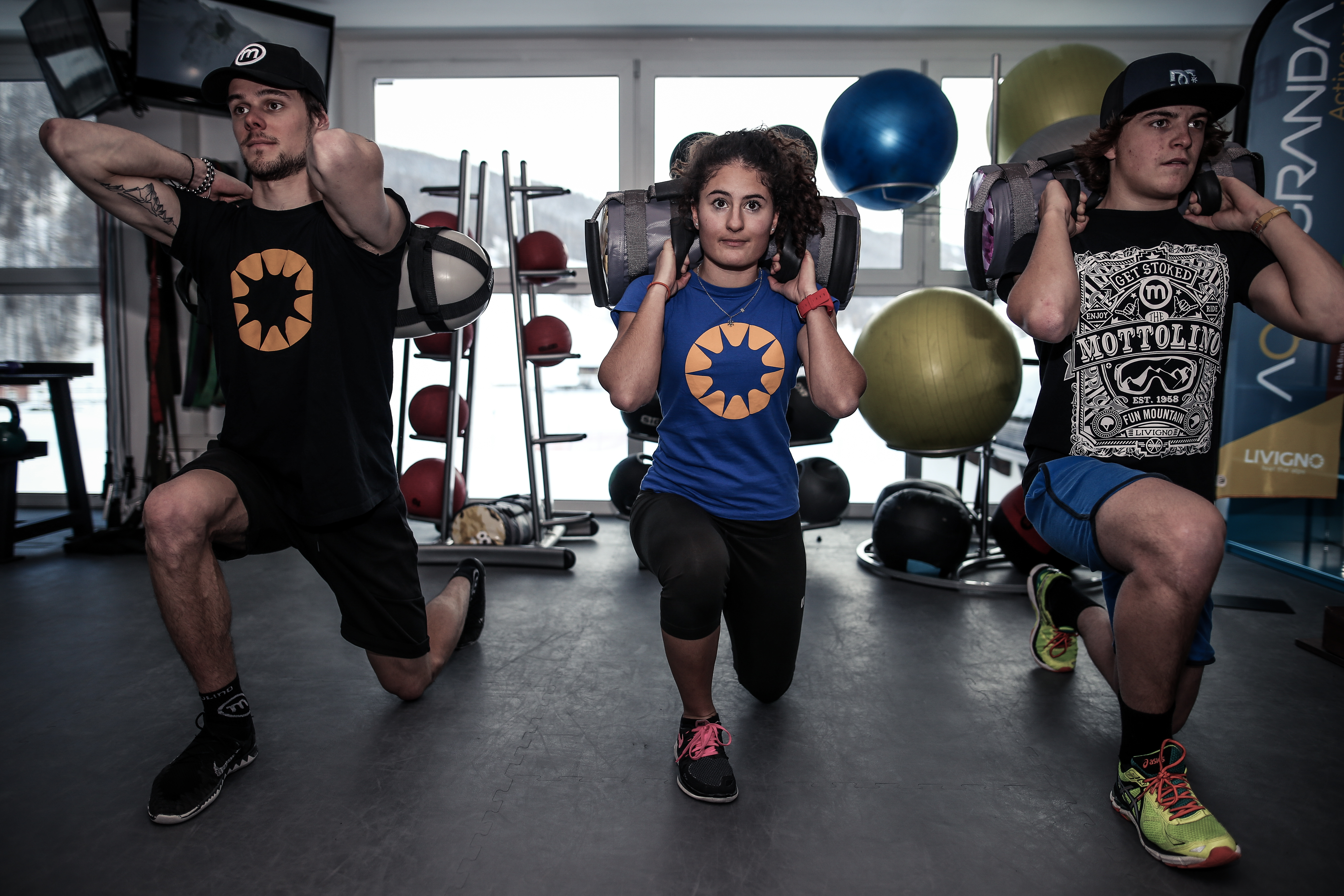 After the seasonal debut in Europe Cup, in December, marked by very bad weather conditions, the guys from Mottolino Freestyle #theTeam are still training hard. The three representatives of the Team are alternating trainings in the Aquagranda gym with trainings in the snowpark in Livigno.

During December the athletes had the chance to train on the Landing Bag by BigAirBag, the biggest bag in the world, bought by the British freestyle team, the bag will be in the Mottolino snowpark for the upcoming years, to allow the British team to train for the upcoming events such as the Olympic Games, World championships and World Cups.

“It really was a great opportunity” said the guys from #theTeam, they also said: “not only for the actual chance of trying new tricks in the safest possible way, but also beacause we got the chance to train along with other professional teams like the British and Italian ones”.

Valentino Mori & the Italian Freeski Team spent some days in Livigno, invited by Mottolino Freestyle #theTeam, to train on such an incredible feature, and this was a motivational experience for our guys. From January, more features in the snowpark were ready and the athletes took the chance to train on snow for the upcoming compeitions.

Nicolò, the youngest of the team left today for Crans Montana: for him, a FIS race and he will try to make enough points to qualify to the Europe Cup circuit. Elisa and Ian, were supposed to compete in the Continental Cup in Sant Anton, but unfortunately it was postponed due to the heavy snow falls. They are training for the slopestyle in Meribel, France, at the beginning of February.

Do you want to know how the season of the athletes of Mottolino Freestyle  #theTeam is going on? Follow them on their social networks.