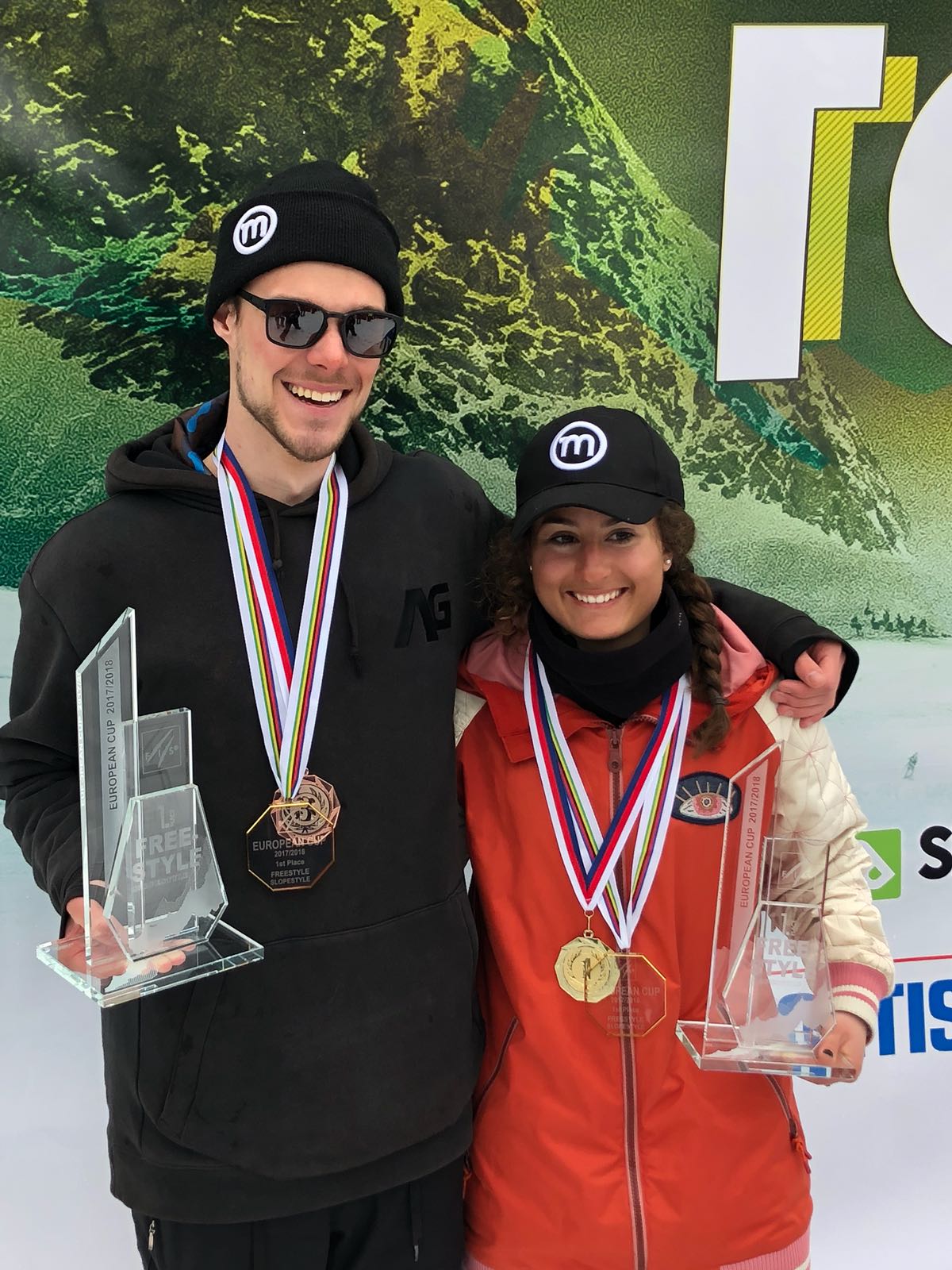 After 6 Europa Cup competions that took place in Austria, Slovenia, France, Italy and, indeed, in the Czech Republic, the two athletes belonging to the Livigno team reached their most important seasonal success in these days, establishing themselves as the best slopestyle freestyle ski athletes in Europe.

Everyone at Mottolino is enthusiastic about the result obtained by the two freestylers who, since the beginning of the season, set winning the Europa Cup as their seasonal goal.

Ian Rocca, 20 years old from Livigno, signs this amazing success after a 1st place and a podium in Slovenia and a 3rd place in the Czech Republic while Elisa Nakab, Italian-French girl who moved to Livigno in 2016 to join the Mottolino Freestyle #theTeam, signs her success thanks to two 1st pleces and three 3rd places.

The outstanding result comes after three years of intense sacrifice. The decision taken by the company Mottolino to invest in the Freestyle #theTeam, a beautiful thou very ambitious project, dates back to season 2015-16. The team was strongly desired by the CEO Marco Rocca, in part, to present the snowpark on the international scene as much as possible through ambassadors passionate about this sport and, in part, to give a strong message to the whole world of young people and freestyle. Since then, every year, Mottolino Freestyle #theTeam gave to the chosen boys a coach, an athletic and acrobatic trainer, an actitude trainer, a team manager and a communication & social maneger. This complex structure aims at giving the boys all the necessary support to express their potential at its best.

The overall slopestyle Europa Cup won by Ian Rocca and Elisa Nakab is the first important milestone for Mottolino Freestyle #theTeam and for the two athletes, but it’s also the starting point for what’s important to be build in the next years with the whole Mottolino team.