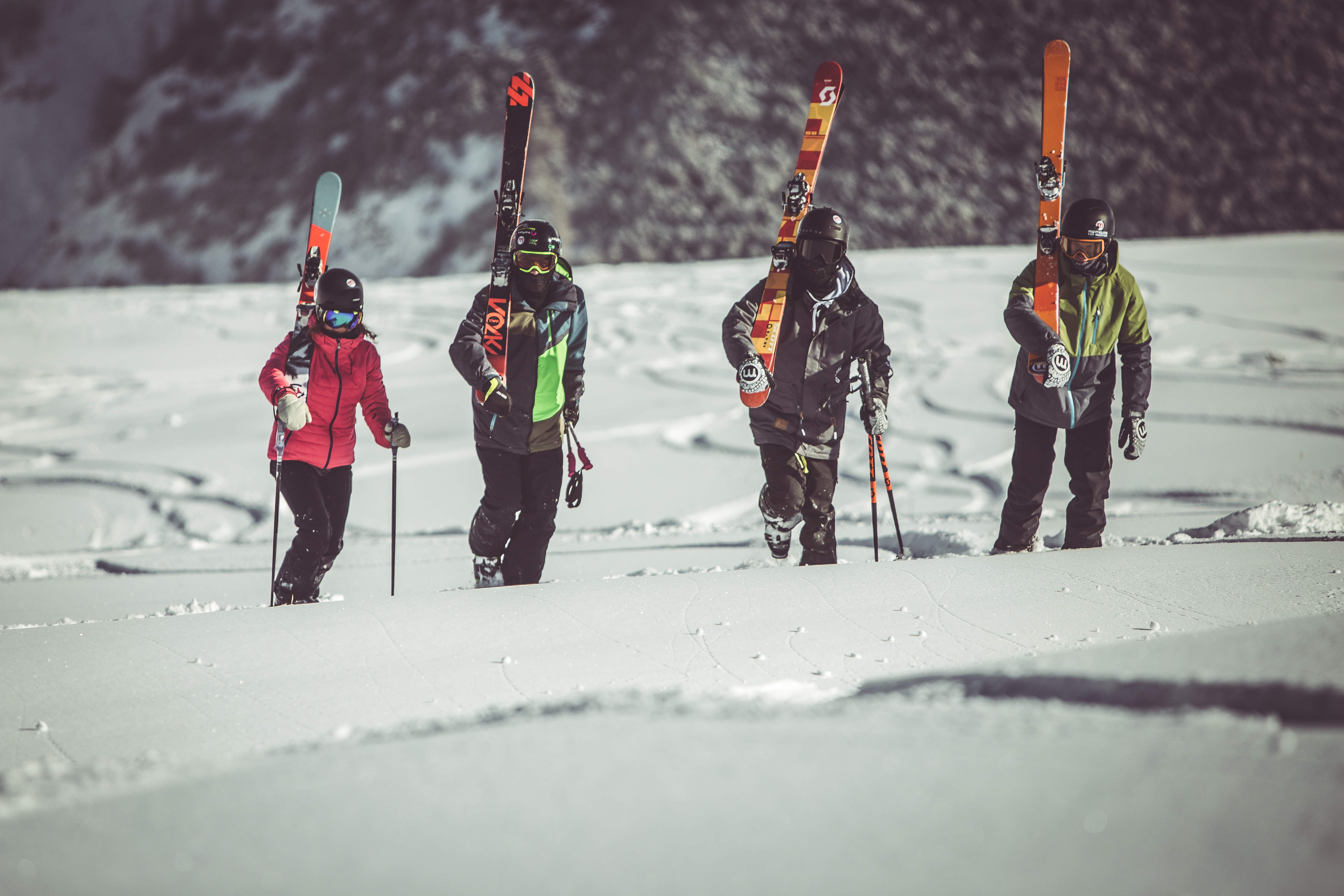 Mottolino Freestyle #theTeam: the whole team dropped in ST.Anton for the Europe Cup

All of our athletes in fact, travelled to St Anton (Austria) for a stop of the Europe Cup: the program included a night Big Air event and two Slopestyle events during the weekend.

Such competitions reward FIS points which are necessary to compete in the World Cup, the Europe Cup is a step that every athlete has to go through before competing in international competitions, the Italian National B team was competing too.

“It was a good experience for everyone” said the Coach Dimitri, “because we had the chance to face the best athletes in Europe and we have finally understood where we are standing and what we have to work on. I am proud of the guys, even though not all of them managed to express themselves as wanted. We still have to work a lot, both technically and psychologically, but their approach was correct. It’s a shame that Nicolò did not get the chance to compete in the two Slopestyle events due to a minor injury after a crash happened during the Big air event’s practice”

But let’s hear what the guys have to say and how they felt during the compeitions… Elisa, who ended respectively 7th, 5th and 4th said: “I am not happy with the way I skied… I did not feel good. I still have to work a lot because I’m aiming high. However, I had fun!”. Our athlete, compeiting for France is aiming at the top spot and she is not hiding it!

A little bit less satisfied however is Luca (23rd,29th and 48th): “I can say that I’m quite happy with the Big Air but I can’t say the same for the two Slopestyles, I still have a lot to work on!”

Once back in Livigno, the guys from the Mottolino Freestyle #theTeam have restarted their training to prepare for the upcoming compeitions in February.

Keep following them on their social networks and get organized to come to Livigno on March 30th and 31st for the Europa Cup at the Mottolino Snowpark, there you will be able to cheer for them live!