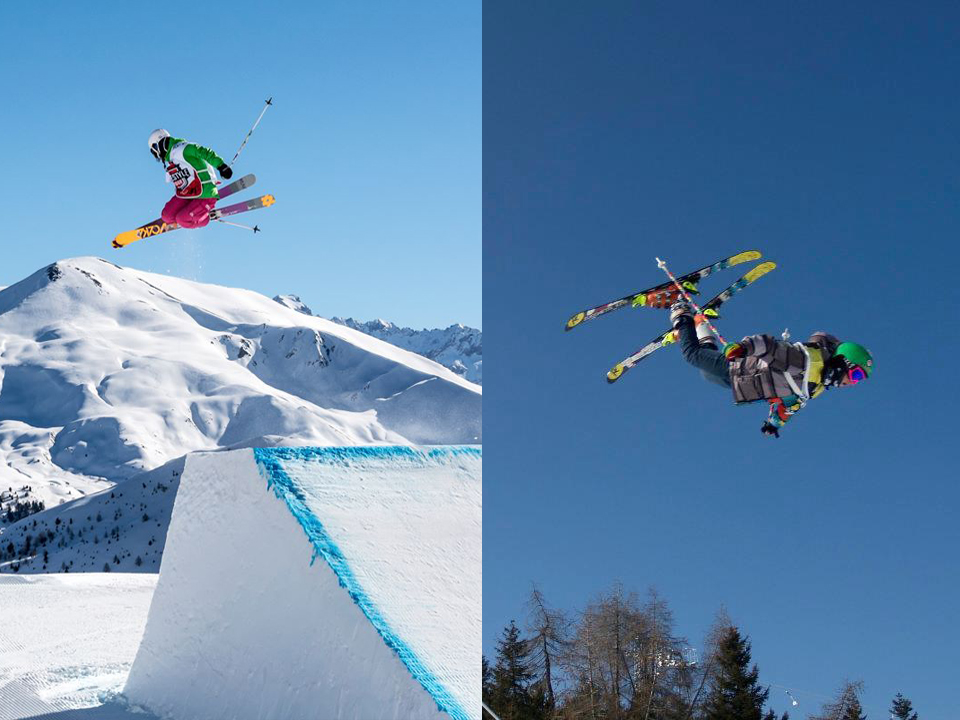 Over a year after the beginning of the project, Mottolino Freestyle #theTeam becomes bigger, with the entrance of two new athletes, a French girl and a boy from Livigno.

We are talking about Elisa Nakab, 18 Years of age, born in France from an Italian mother, she decided to move from Serre Chevalier to Livigno to chase her dream of becoming a professional freestyle skier.

“I was lokking for a team which could allow me to train with no problems and I found out about Mottolino Freestyle #theTeam” says Elisa “After a meeting in Livigno I decided to get into this new adventure and… here I am! Wanting to do really good this winter”

Elisa, in fact arrived in Livigno last weekend is already in Stubai with the ret of #theTeam. Se will study in Livigno on internet and she will train with the aim of reach the highest possible level. We are happy about her entrance: we think that a girl can bring good vibes to the group and increase their experience. Elisa is determined and she has already started working hard after the green light from the doctors after her injury of last season.

The second new entry is a boy from Livigno: Nicolò Cominelli, born in 2000, already known in the young Italian freeski scene.

A couple of years ago he left skiing to pursue other goals, but mostly for the lack of a group which could support him… it was him knocking on Mottolino Freestyle #the Team’s doors, expressing a strong will to join the team.

Nicolò wil be the youngest of the group and especially at the beginning, he will have to work hard to get to the level of the other members, who are foolowing a specific preparation in a constant way since months. He is not lacking of determination and we, the staff of #theTeam want to do anything to make sure he integrates. Student in Bozen, Nicolò will join the team during weekend and school holidays.

A warm welcome to Elisa and Nicolò: #theTeam gets richer with your entrance and now, full gas because it’s time to shred! Do you want to know them better? Follow them on their social networks