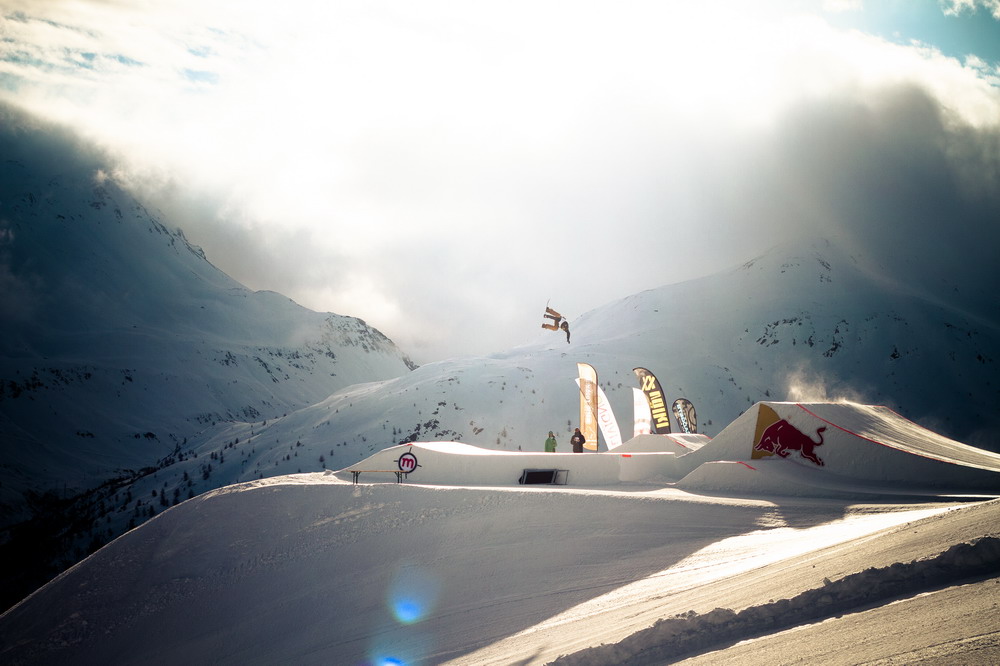 Ten years now and the biggest edition ever: with 151 riders from 18 nations, divided into the 4 categories Rookie and Grom both Female and Male, Black Yeti’s tenth birthday has been celebrated in the best possible way. After Norwegian team’s nine consecutive victories as Best Team, it would be taken for granted for the 33 present people to double it, but Swiss changed the things with 4 riders on the podium, equally distributed among boys and girls. 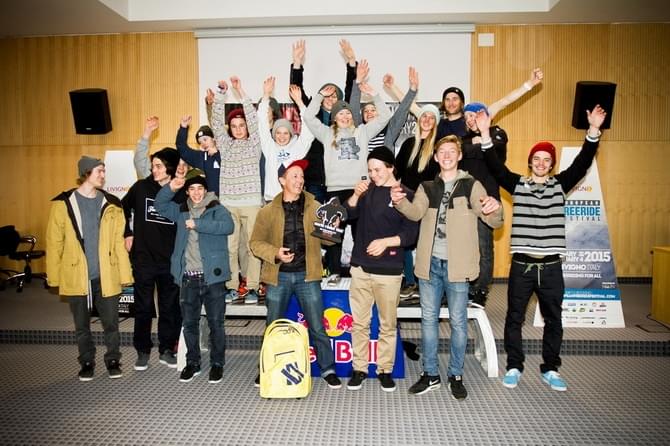 Despite the initial forecast, weather conditions went even better than expected: the wind calming down and the sun popping out to warm up the riders, all the event took place following the program, from qualifications to finals. The first heat on Monday was reserved to male rookies, in order to select the best 16 for the finals, out of the 62: people around could take their breath away in front of the 14 and 19 metres jumps with tricks such as DoubleBackCork 10, Switch Bs 9, Fs 10 and pretty stylish jibbing down the perfectly shaped bigger lines of Mottolino snowpark. In the afternoon a special moment was dedicated to the past ten years of World Rookie Fest with a special guest: the Olympic athlete and former WRT rookie Seppe Smits talked about his experience with World Rookie Fest since the first edition in 2006, introducing the video ‘A Decade of Rookie Fest’ and first cutting the giant Black Yeti cake, among a standing ovation.

Tuesday was dedicated to the second heat, where female rookies and all the groms expressed their best to be qualified for the finals over the day after: 12 girls between rookies and groms, as well as 12 male groms were selected to show the world who will be the future pro riders. During the afternoons several lifestyle activities carried on: the avalanche clinic offered a comprehensive explanation about the use of artva equipment while freeriding and how to behave in case of avalanche, with a practical lesson on how to find and rescue a person covered in snow. The yoga lesson is the traditional meeting organised every year by WRF to teach the guys how to find their deep concentration and energies, in order to carry out a complete training. 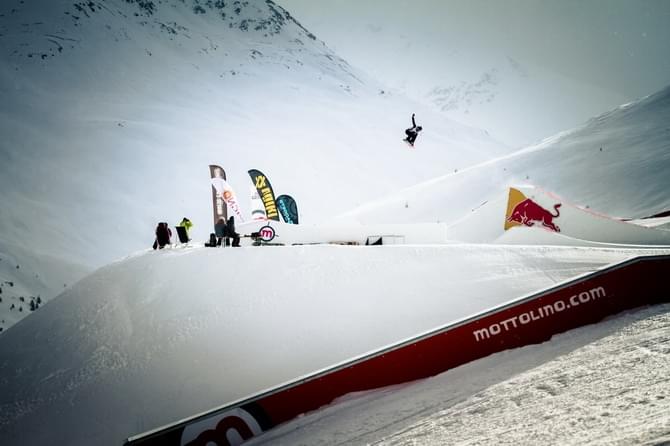 And finally, the finals! Mikko Rehnberg (Fin) took first place among the male rookies, followed by Haakon Kjoll Eilertsen (Nor) and Erik Bastiaansen (Ned). Respectively: Mikko shot a best run of Switch Bs DoubleCork 10 – Half Cab Tail touch on the mushroom – Fs 10 mute from toes; Haakon and Erik outstood with Bs DoubleCork 10 and Fs 10. How to go unnoticed? The girls made their way through the podium with Bs and Fs 3 over the XL jump of 19 metres, Ramona Petrig (Sui) earning the highest step followed by Katerina Vojackova (Cze) and Thaile Larochaix (Fra) as 2nd and 3rd place

The Grom category could see the youngest riders competing to draw the future: under 14 female grom Lucy Sylvestre (Fra) won with her Bs 3 and male grom Wendelin Gauger (Sui) got first with a best run of Switch Bs 5 – Fs 3 out of the cannon – Fs 7.All the athletes on the podium will be qualified for the Volkl World Rookie Finals 2015 and they will get points for the TTR World Snowboard Tour and for the World Rookie Rank. 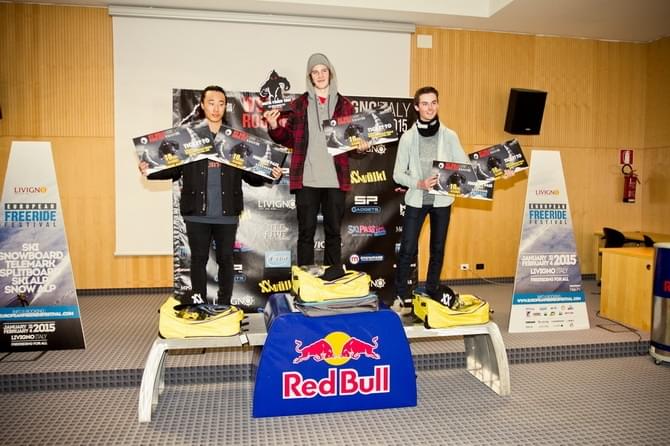 Video highlights with the winners’ run are online here!