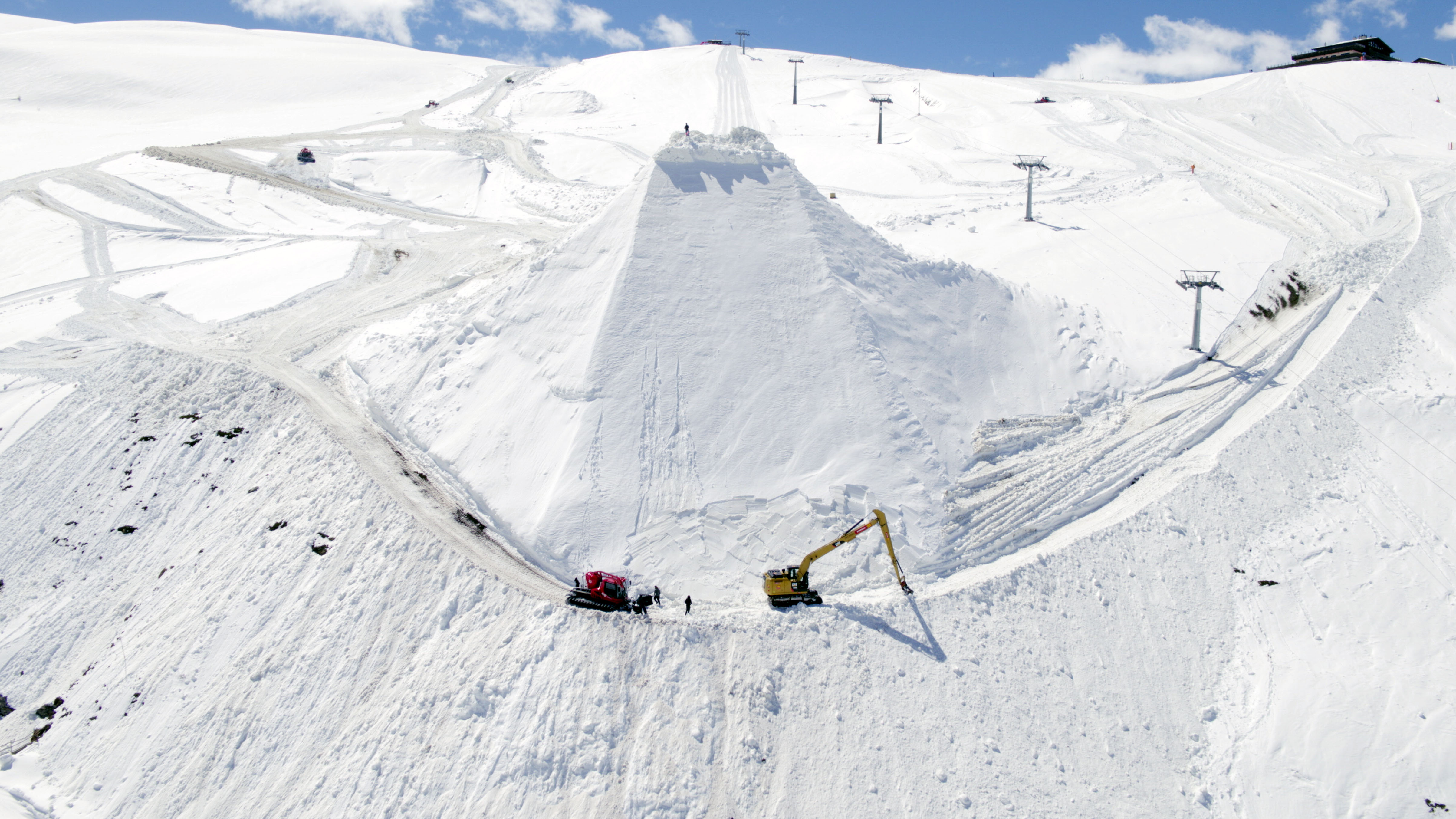 Same Difference: the video of the building and the release of the movie showing the biggest jump ever built in freeskiing

Home Page/Blog/Events/Same Difference: the video of the building and the release of the movie showing the biggest jump ever built in freeskiing

The project “Same Difference” has come to an end, after over 60 premieres all over the world, the last film by the Legs of Steel is ready to be released online on November 20th on RedBull.tv. But let’s step back and go through the steps which put Livigno and the Mottolino snowpark in first place to build an immense feature which would get in freestyle skiing history.

It all started about a year ago when the two founders of the Legs of Steel Tobi Reindl and Paddy Graham presented to us the project of what would have become the “biggest jump ever”… after many reflections and analysis, we decided to get in the project. We needed 50.000 m3 of snow in addition to all of those we produced to build the whole snowpark, so we started to producing more snow in February and by mid April Schneestern had begun its work on the pile of snow. The whole snowpark was destroyed and brought into one single pile of snow made up by 120.000 m3 of snow, that was the beginning!

As soon as the lifts closed they started building the jump and the challenge begun right away, jumping it!

The weather conditions made everything more difficult, we knew that the month of may would have been a risky one but we could not do it any other time. During mid May, the main character of the project Paddy Graham made the impossible supported by a group of skiers who helped him with the speed checks… We don’t want to tell you too much about it, but the last thing you need to know is that along with the freeski segment there are more parts talking about wins and losses of freeride skiers and alpine racers to give you a full immersion into skiing.

We already said too much, do not miss the movie which will be available only for one week from November 20th on RedBull.tv, in the mean time you can enjoy our GoPro video below made during the building of the huge jump.