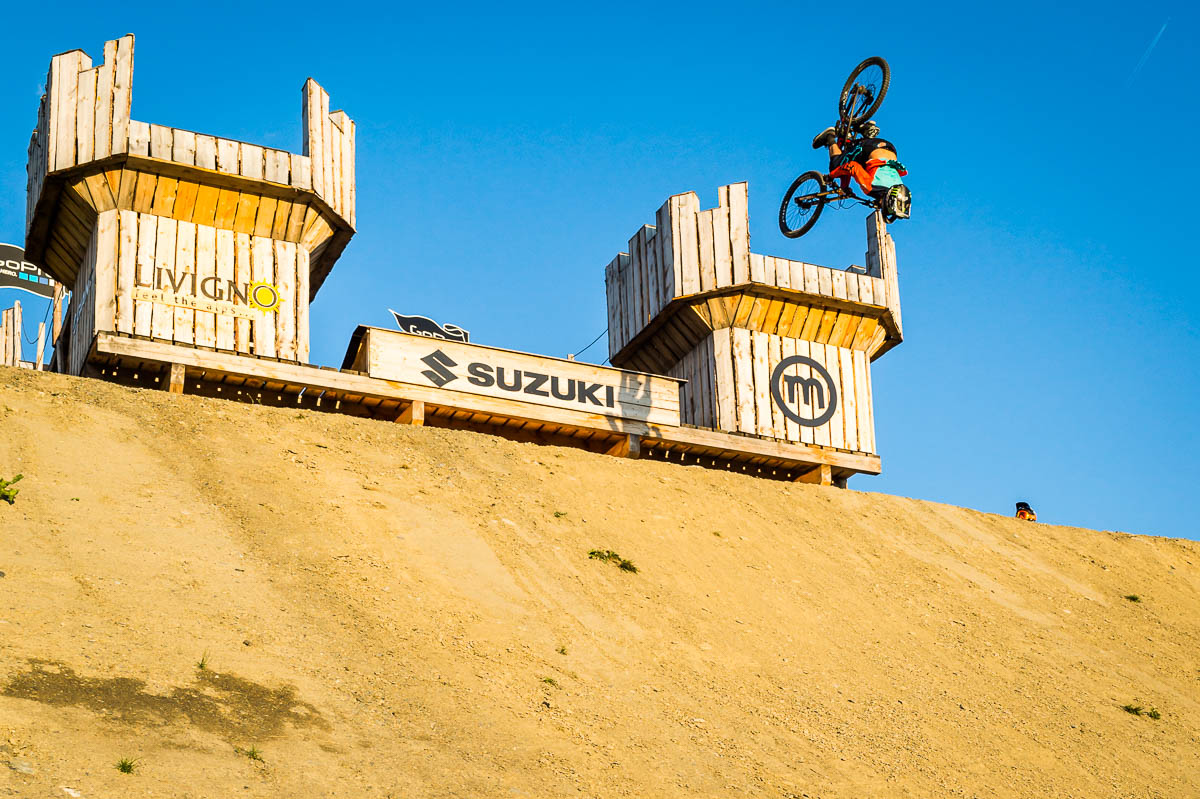 Nine Knights mtb 2015: a record start and still much to see!

Home Page/Blog/Events/Nine Knights mtb 2015: a record start and still much to see!

Nine Knights mtb 2015: the castle has literally been inveded by riders who arrived in the weekend and used Sunday to test the numerous structures of which it’s made. A fantastic sunny day allowed them to ride till sunset, and test the first tricks.

Between Monday and Tuesday we have seen some great ones: Polish rider Szymon Godziek showed his usual perfect style with some fluid superman double seat grab, while the first double backflip of the week was that of the German Peter Henke.

Italian rider Toto Testa showed everyone what he’s capable of, but the whip of the day belongs to the British Sam Reynolds.

But the real record of the event was that scored by a local rider, the young freeskier Tobia Silvestri who, on Sunday, rode the huge Nine Knights mtb strutctures awarding himself the title of first ever athlete in the World to ride both Nine Knights castles: the winter and summer one.

Two very intense first days, where the athletes have learned to manage the right speed to close their trick.Now save the dates of the two highlight events of the week because not-to-miss performances are expected. The starting one will be on Thursday night at 18:00 when the evening shooting will take place. It will last a couple of hours and it will be followed by a BBQ at the Eira Pass area.

The contest day will then take place on Saturday from 12:30.

Considering how the first few days turned out being, we highly recommend you to be there or you may miss out something! Following the first GoPro video of the event!