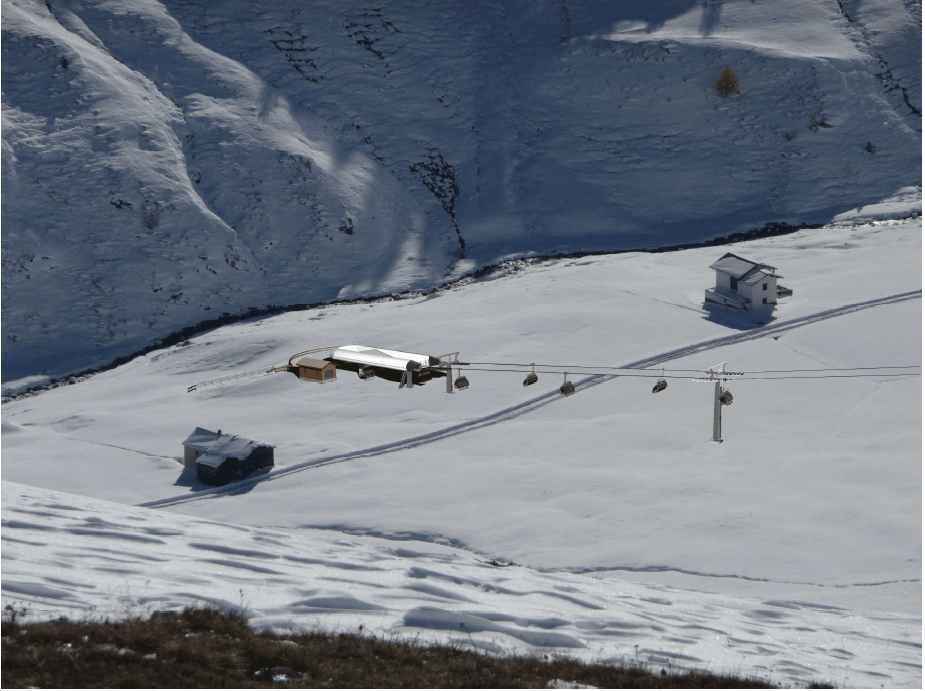 The decision of Lombardy Tar came and struck like a cold shower as it uphold the appeal promoted by Legambiente stopping the construction works of the Vallaccia chairlift which surely will not be opened even for winter season 2016/2017.
It’s a decision that does not convince Mottolino in any way and the company intends to continue fighting to be given the opportunity to continue with the project in the firm belief of its entitlement.
After 7 years of authorization process, in fact, in July 2015 the company received the green light from the Council of Ministers and the positive decision of the Conference of Services from the “Comunità Montana” (Ed. local statutory corporation for mountain areas) thus starting the construction works of the above mentioned chairlift with all the required and necessary authorizations.
The construction works have been partially suspended during the following months due to an appeal lodged by Legambiente, although the works were already at an advanced stage.
In the beginning of November the Tar deferred the examination of the case to the 17th of February 2016 preventing the opening of the lift for winter season 2015/2016.

Here is the comment of Marco Rocca, Mottolino CEO: “I am strongly embittered for this decision, not only for the final result to which it brings, but mainly for the fact that we know we have followed the correct authorization process which lasted 7 years involving massive economical efforts, very different from those required to our Italian and non-Italian competitors. In a more and more competitive market, no entrepreneur can afford to keep a project and its investments on hold for such a long time. The consequences of this decision will not only affect Mottolino negatively, but also the entire touristic compartment in Livigno. A look at the panorama of the main touristic winter destinations would be enough to understand how against-trend this decision is, compared to the choices of other places which decided to make skiing their core business. As it often happens in the “BelPaese” (Ed. Italy) we are not able to guarantee definite timing for the prosecution of this battle, sorry we cannot give our clients a high quality service.