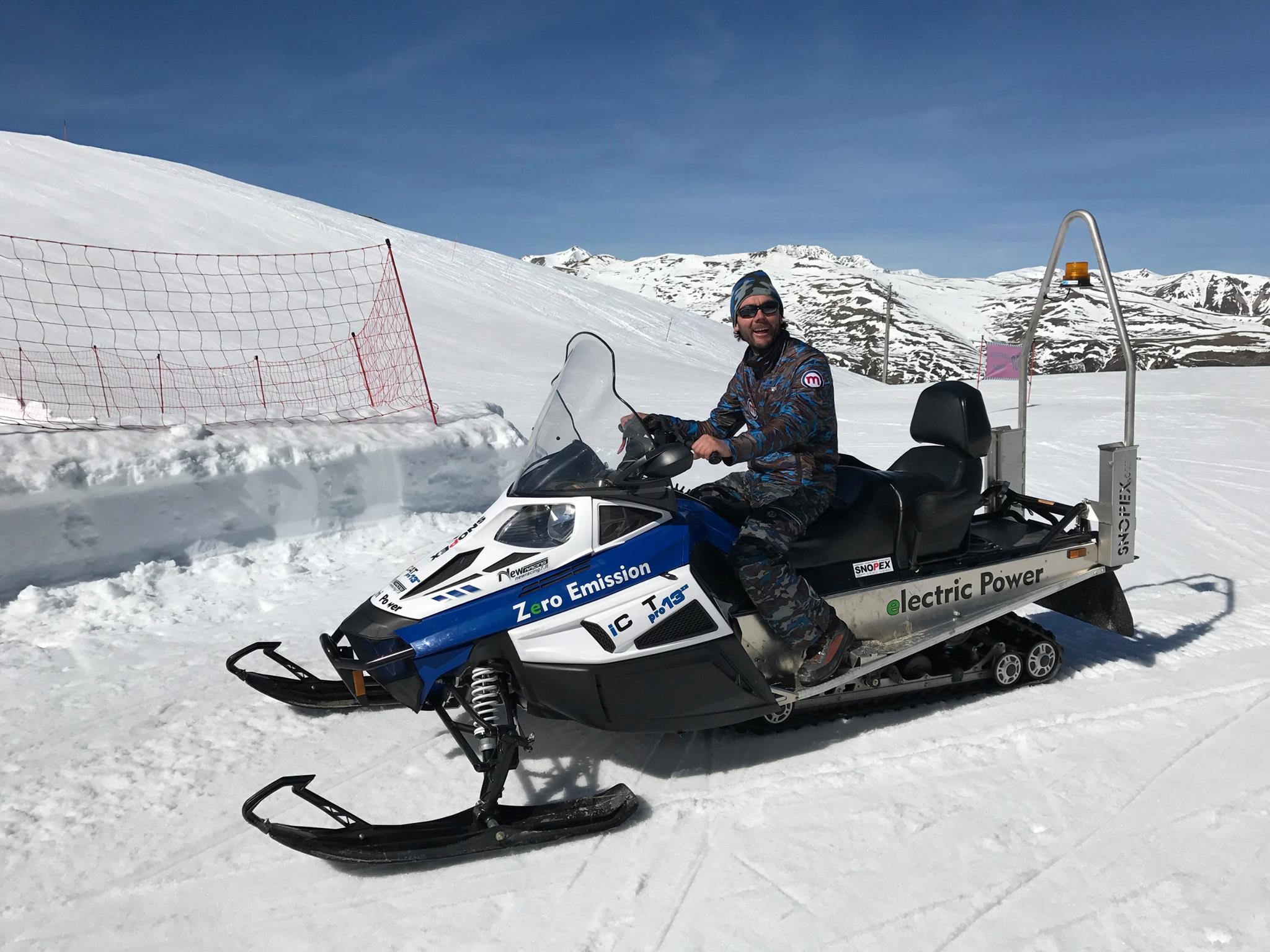 Electric snowmobile on the Mottolino slopes!

A couple of days ago a new snowmobile has arrived to support the work of the slopes workers. We are talking about the iCATpro13 ZE by Snowpex, it is the most advance and modern snowmobile on the market, and it is fully electric.

We gave it to Fabio Rini, leaders of the slopes workers crew, who says that the experiment had a very positive effect on the work although there were some doubts at the beginning concerning the batteries and the low temperatures which are frequent during winter in Livigno. The performances were great and they exceeded expectations even though a real test should be held in January when the snow conditions are different.

For those who are interested in the details, here are some:

The frame is one of the biggest available on the market, the BearcatXT; the snowmobile iCATpro13 ZE offers all advantages of the Zero Emissions technology – Full Electric Power Drive. Compared to the other snowmobiles the iCATpro13 ZE has a very low center of gravity, which allows to avoids critical situations (overturning in fresh snow) differently from a snowmobile with a combustion engine and a high center of gravity.